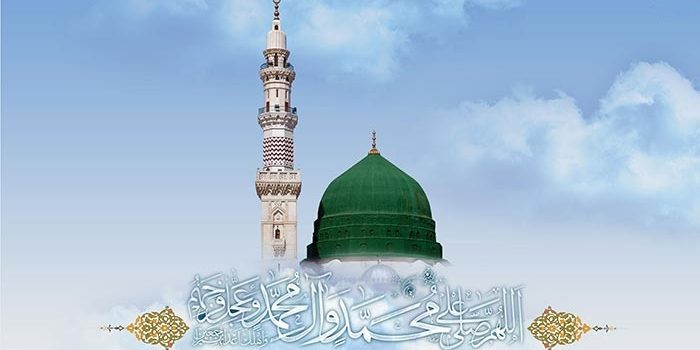 The birth of islam apostle provided us a good opportunity to illustrate just a little of Mohammad’s (PBUH) magnificence, knowledge and mercy.

We witness nowadays as an excuse because of freedom, insulting him to be able annihilate his real personality and mode.

In this paper for some extent we just trying to introduce you our real prophet.

Definitely an apostle has come to you among yourself and it’s difficult for him to see you falling into distress, excessively solicitous respecting you; to the believers( he is) compassionate.( At- taubah , verse 128)

In this verse the God represents 5 traits of his apostle and we describe a summary of these traits.

At the beginning of this verse, the God introduce his messenger as his apostle and ensure people , This apostle is behalf him and impartation God’s messages towards people.

Second trait is being humankind (not an angel or genie).

The apostle is a humankind and is totally familiar with humanity problems.

The apostle is not related to a particular group or even is not after his own personal revenue.

In fact he is behalf God and is among the people and also has got good comprehension of their conditions and requirements. That’s why his words are acceptable for the people.

Because of difficulties and pains that people had, the prophet became sad and that was hard for him to see and tolerate people’s pain. This loving kindness is not just in his words but also you could see in his acts.

Mohammad’s (PBUH) simple life in Medina among people, have illustrated during history.

The prophet’s participants in different wars against infidels shows that he was always along the people and never would like be in peace and welfare and endanger others.

Being with people in famine and starving conditions during ditch digging in the trench warfare that all atheists wanted and united to destroy the whole islam and theism, proves the prophet’s loving kindness.

Fourth trait is his enthusiasm and hardworking for guiding the whole humanity. He doesn’t like even one person in this world be and stay in the wrong path. He bothered himself for guiding people and that caused till the God asks him to stop worrying about others.

Ta Ha. We didn’t send this Quran to you till bothering yourself. ( Ta ha- verses 1,2)

The word greed usually utilize for bad guys but in some cases it depends on what we do. For instance we have tradition that says: being greedy for knowledge and science is admirable and worthy.

Mohammad (PBUH) is greedy for faith of believers. He is greed for bliss of human being.

He sacrifice himself and his family for human guidance. This is the greatest man of the history.

His compassionate including the whole human being, but it’s special for believers. The word compassionate uses for a particular mercy. You may do a favor for someone else but others see that. Also there are some favors that may bother you. Like a surgeon that ought to slit a part of you body to treat you.

Compassion is a specific mercy that at the first place nobody never ever see that and second of all, there will be no cost or difficulty for that person. This specific mercy is just for the believers.

You can see Mohammad’s (PBUH) real great personality during conquering Mecca. In that day when he had complete power over those who had tortured his men or intended to kill himself or with economic sanctions had killed his nearest persons and bothered him, he just said to his men: today is the day of compassionate and mercy. And finally forgave all of them.

Just he can respond vices with goodness and attract others.

And you have the greatest morality. (Al- Qalam, verse 4)

Surely Allah and his angeles bless the prophet; O you who believe!

Written by Hosein vafabakhsh and